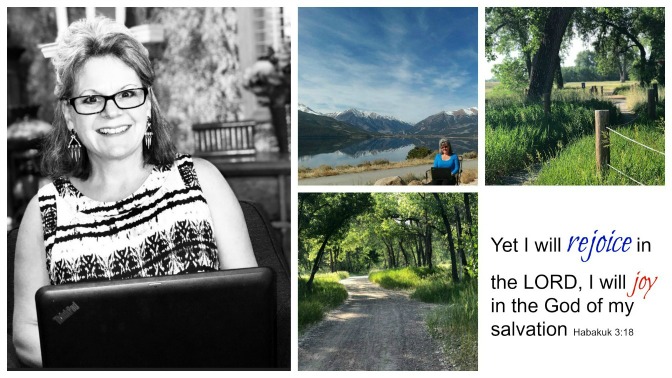 A Miniature Clay Pot: Letting the Light of Christ Shine Through this Simple Earthen Vessel

I distributed hugs, disengaged myself from the fire hoses, and was ready to head home when his  words stopped me. “See you later, Sweetie Pie!”

My mouth dropped and I turned to my daughter to see if she had heard. She did, and we both burst out laughing. I had just finished “fighting fires” with my five-year old grandson, and his spunky sister. I had not expected the passionate fire-fighter-who-wants-to-be-a-policeman-when-he-grows-up to stop his work to say goodbye, much less something so endearing. The words were a mirroring of  ones I had uttered while mussing his hair or wrapping him in a bear hug in the past. Coming from his mouth, they were absolutely priceless.

One of the things I love about being a grandparent is the outpouring of love from my littlest family members. The words that fall out of their lips constantly melt my heart.

Grandpa gets the same kind of accolades, and we never leave the grands’ presence without being blessed by their sweet, unprompted gushing.

But there was that one time.

Mason was busy shoveling bites of apple-wood-smoked chicken sausage and strawberries into his mouth when he blurted it out.

“What did you say?”  Surely he had not said what I thought he said. Uh huh.

When I recovered from my shock, I informed him that as much as I loved him, and would ALWAYS love him, I was NOT going to give him whatever he wanted, because he didn’t always want what was best.

He crossed his arms and changed tactics slightly.. “You have to give me what I want or I won’t like you.” He gave me his mad, pouty face. (Which is really kinda cute, but I wasn’t going to let him know that.)

“That’s okay,” I told him. “I’ll still love YOU. And some day you will be glad I didn’t let you have whatever you wanted.”

Although I was totally taken aback by his statements, I admired the way he said what he was thinking. ‘Cause c’mon – how many of us have actually had that attitude without voicing it? We pray, and we don’t get what we prayed for so we are mad. We are mad at the world, mad at God, mad at ourselves.  We’re just quieter about it, or maybe we don’t even admit to ourselves that is how we are feeling. Reflecting on Mason’s pout, I realized that I have sorta-kinda-been in that mode myself a time or two.

But the thing about getting what you want? It’s not always what it’s cracked up to be. Sometimes what we want isn’t healthy, or the best plan. We can’t see the future and don’t know the possible pitfalls of getting what we desire. Although we might be disappointed, or have a season of grief when life doesn’t go according to the script we wrote, as Christ -Followers, as believers, we don’t have to lose our joy.

Mason’s pout didn’t last very long because he likes us. A lot. And spends a good deal of time with us so he knows that we love him. In fact, he piped up from the backseat the other day, “Grandpa loves me forever.”  Yep, he’s pretty sure of our love for him.

We believers need to get that settled in our own hearts. We are loved.  Our Father loves us. He is for us, and cares deeply for our well-being.

You keep track of all my sorrows, You have collected all my tears in your bottle. You have recorded each one in Your book. …this I know: God is on my side. Psalm 56:8,9 NLT

The more time we spend in His Presence, listening, praising, seeking – the more confident we become of this truth. He loves us. When that one truth is settled, we can handle most anything, because we know that ultimately He will work good from it.

Not a single sparrow can fall to the ground without your Father knowing it. And the very hairs on your head are all numbered. So don’t be afraid, you are more valuable to God than a whole flock of sparrows. Matthew 10:29b-30 NLT 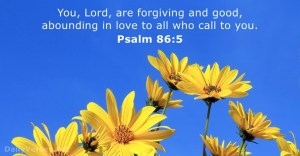 I will make my requests known to God, and certainly move in directions I think are where I want to go, but when nothing goes as I orchestrated, I still have joy. Because from the back seat I’m calling, “He loves me forever.”

Grateful for the joy,

Everyone has something valuable to say...and I love hearing from you. So why not leave a comment? Or e-mail me! Cancel reply